See The Faces Of Lecturers Involved In Sex-for-grade Scandals

The BBC Africa Eye sex-for-grades video is not the first time lecturers are being accused of soliciting sex to help female students.

The story is the same in virtually all citadels of learning – Universities, Polytechnics or Colleges of Education

It is an open secret that so many female students have become victims of sexual harassment.

It should be noted that in May 2016, the Senate considered a bill that would slam a five-year jail term on lecturers who exploit students sexually.

A recorded audio conversation between a senior lecturer in the department of Accounting at the Obafemi Awolowo University (OAU) Professor Richard Akindele and Monica Osetoba Osagie, a postgraduate student in Business Administration, went viral on social media.

Akindele was heard demanding to have sex with Monica five times before he would upgrade her score from 33% to a percentage of her choice.

It was also obvious that Monica was not the only student who was embroiled in the lecturer’s sex- for- marks web.

She repeatedly addressed the other person in the conversation as ‘Prof. Akindele’ who protested: ‘stop calling my name!’

At the Osun State University, Osogbo, a randy senior lecturer in the Department of Languages and Linguistics, Dr. Olabode Ajoniyi, was also caught on video having sex in a hotel room with one of his female students identified as Mercy Ikwue.

The case is still being investigated.

In the 52-minute, Dr Boniface Igbenuhue, a lecturer of the Faculty of Arts in UNILAG, the current sub-dean and the head pastor of Four Square Church, was heard in one of the discreetly recorded videos telling an undercover reporter who had disguised as a 17-year-old admission seeker to switch off the light so he could kiss her.

“Switch off that light, I’ll kiss you for a minute,” he said.

Boniface quizzed the undercover journalist about her age and sexual life, things that are totally out of the purview of an academic mentor.

“Everything that we discussed here be assured that your mother will not hear and anything that happens between me and you, nobody will hear about it,” Boniface told the young undercover journalist. 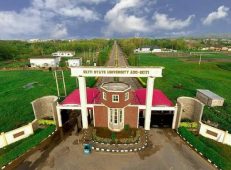 A lecturer at the Ekiti State University (EKSU), Ado Ekiti, Dr. Olaleye Aduwo, was also alleged to have been involved in sex-for-grades scandal.

The lecturer, in a 29-second video that went viral, was accused of attempting to have sex with one of his students for mark.

During the process, the lecturer was tortured, harassed and dehumanized by people brought by the lady. 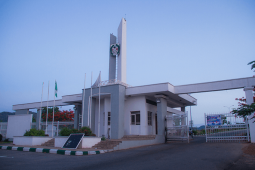 A lecturer of the University of Abuja whose name was withheld was also indicted to have demanded for sex to award marks to one of his female students.

The alleged scandal was blown up after the lecturer, who is a dean, was caught in a hotel in Gwarimpa area of Abuja, where he had gone to have an affair with the student. 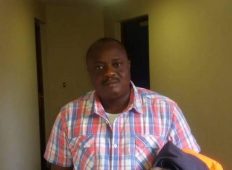 An Associate Professor of Economics in the Lagos State University (LASU) Dr. Sunkanmi Odubunmi, was allegedly caught sexually assaulting an unidentified female undergraduate of his department.

The President Muhammadu Buhari has written to the House of Representatives to request for the approval of fresh external borrowings totalling $5.513bn. Buhari, in the...
Read more
News